The relatively unknown Moraes, who was among the Day 2 leaders, has four WSOP cashes on his resume dating back to 2013, and came third in a €25,000 High Roller at the European Poker Tour Grand Final in Monaco for €568,200 this past Spring, climbed into contention dragging a big pot with kings full of nines part way through the day, then ran it up to 3.497 million on a late rush heading into the 90-minute dinner break.

Silsden, England’s Tom Middleton, who won the EPT Barcelona Main Event for $1,260,100 back in 2013, hung around the top half of the leaderboard for the past two days before finally leapfrogging everyone in the level before the break, becoming the first player over three million in chips.

However, Moraes now stands on top of approximately 387 players left with Aussie James Obst (3.295 million) and Middleton (3.285 million) right behind him, as the only players above the three-million mark.

Jared Bleznick asserted himself immediately, making a flush against 2015 WSOP Player of the Year Mike Gorodinsky to move up from second place coming in, to the top of the counts.

Hallaert was still vying for the top spot, but after doubling up Tony Ruttler with a weak ace versus Ruttler’s big slick, he got into a massive hand with Maria Ho that sent her soaring to the top of the counts to end that level.

Ho had aces, called a big turn bet on a queen-high board, then led out for 93,000 when a third ace came on the river. Hallaert called and mucked when Ho showed the set. When the dust settled, Ho’s stack looked to be in the first to push past the two-million chip mark.

Dan Heimiller also pushed up to the top of the counts getting away with a huge bluff holding only nine-high, but Ho took the lead into the first break of the day.

Following the first break, Melanie Weisner leapfrogged Ho for the lead winning a massive pot with her own pair of aces. Weisner flopped a boat on an

board and got all of Jeffrey Loiacono‘s 600,000 chips in the middle by the turn. Loiacono had two queens for a smaller full house, and after the classic cooler sent him to the rail, Weisner was up over 2.4 million and on top.

Weisner took that lead into the second break with Christopher Kusha and Moraes also moving up above the two-million chip mark. Ho fell from there, laying down a hand in a three-bet pot after Bradley Young shoved 500,000 over her 130,000 almost-pot-sized bet on the turn of an

Middleton joined the two-million chip club after the break and Kiwi Jan Suchanek even jumped up into the lead briefly before Weisner stacked a few more chips and moved in front again. Middleton soared up to the top after that, becoming the first player past three million with Obst pushing slightly above him before Moraes took control heading into the dinner break.

When play resumes at approximately 8:40 p.m. local time in Las Vegas, the plan is to play two more levels before the remaining field bags up. 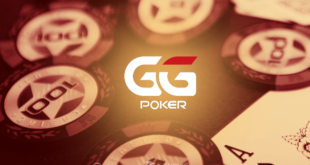 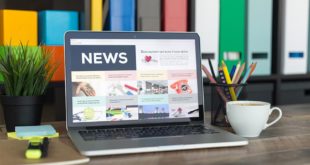 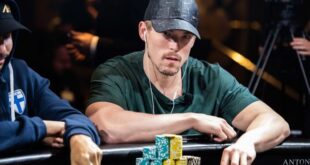 Foxen Leads The Charge in the partypoker High Roller Club 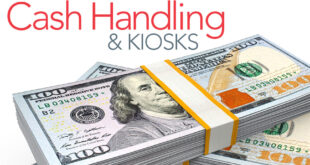