To say it’s been an interesting week at Everton would be an understatement.

With reports of dressing room dust ups to supporters demanding answers at training grounds, Everton will be glad to get back to matters on the pitch.

After back to back defeats, Carlo Ancelotti’s team will be desperate for a performance after their embarrassing defeat to Liverpool’s second string last weekend.

Believe it or not, the ‘Toffees’ are fifth in the form table and have the sixth best home record in the Premier League.

Brighton are the visitors this weekend still searching for their first win at Goodison Park.

The Seagulls are in wretched form having picked up one win in their previous seven matches.

Interestingly there has been three own goals scored in the previous four head to heads.

Everton have taken 134 corners so far this season. Only Arsenal and Manchester City can better that.

The good news for Liverpool supporters is Spurs record when outsiders this season is poor (P5 D3 L2).

If you’re a fan of the ‘Both Teams to Score’ market then this is your fixture. Both teams have scored in the previous five head to heads at Tottenham.

Mo Salah is your player to keep an eye on. The Egyptian has scored four goals in his previous five matches against Tottenham Hotspur.

It’s a top of the table clash for my Nap of the Weekend as Swindon host Crewe in League Two.

The Robins are literally flying six points clear of Crewe in third place.

The two clubs have scored 46 goals each this season making them the joint top scorers in the division.

Swindon can boast the firepower of the two top scorers in the league in Eion Doyle (23) & Jerry Yates (11).

Meanwhile ‘Alex’ have scored 14 goals in the previous five matches.

Between the two clubs they’ve scored 92 goals and conceded 57 this season.

A goalfest awaits at the Country Ground. 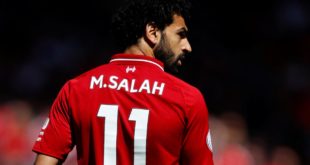